You might only think that you can see penguins in the Antarctic, but you’d be wrong. You don’t have to go quite that far to see penguins in their natural habitat, but you’re going to have to get almost that close. There are 17 different types of species of penguins across the globe. The majority of them, and definitely the biggest populations, are based in the southernmost latitudes. That is usually on Antarctica or the subAntarctic little islands that circle the savage continent.

You may have seen in the news lately that a massive amount of penguins died in Cape Denison in Antarctica. They were trapped in by a huge iceberg, estimated to be the same size of the city of Rome. The flightless birds become landlocked, and it’s just too far to be able to get food from the sea.

One popular route for penguin watchers is via the Falklands and South Georgia to the Antarctic Peninsula. Typically, you’ll find around half a dozen types, not forgetting the giant colonies of king penguins and a whole host of other marine life. If you want to see penguins just like in the film Happy Feet? You’re going to have to go through the formidable Drakes Passage to the Antarctic circle. That’s where the famous Emperor penguins live on the pack ice.

If that’s a bit too far for your liking, then you can stay on the shore on the mainland of South America. Magellanic, Macaroni and Rockhopper species can be found in the wild terrain of Patagonia, from Chile to Argentina. If you’re visiting here, you have the bonus of some spectacular scenery. 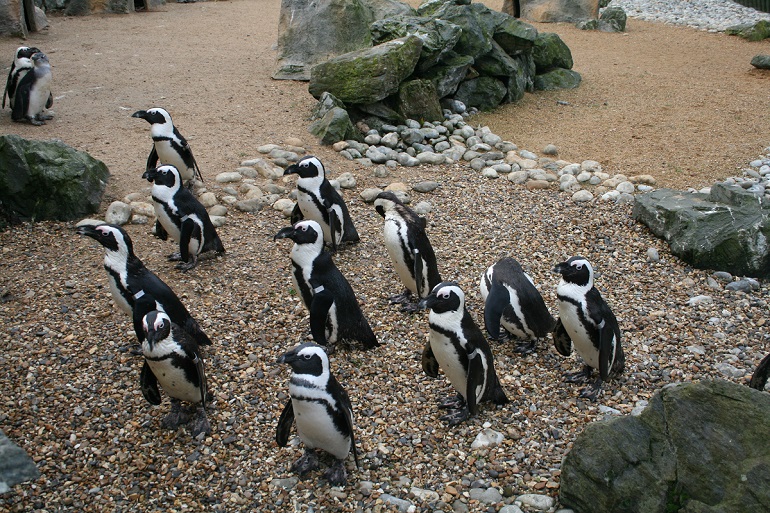 Not so keen on the cold? You don’t have to spend your time being blown about if you don’t want to. There are still plenty of other places you can clap eyes on the cute creatures. Philips Island is less than two hours away from sunny Melbourne in Australia. And yes! You can see penguins here too. Accessible by bridge, the Island is just 9km wide and 26 km long. It is probably best known for its motorsports, the jewel in the crown being the Phillip Island Grand Prix Circuit. A Phillip Island tour will also take you to see the well-known attraction Seal Rock. Here’s you will meet the fur seals, and the Penguin Parade. This is when the island’s penguin populations come home to roost at the end of every day. It’s got to be seen to be believed.

You can always follow in Charles Darwin’s footsteps and make your way to the famous Galapagos Islands. The Galapagos penguins are the most Northern species and native exclusively to the area. You just won’t find them anywhere else in the wild.  They breed in the crevices under the old lava flows, most commonly on Fernandina and Isabela. The islands are home to many more species than just the penguin. You should see giant tortoises, sea lions, marine iguanas and green turtles too. The archipelago is famous for many unique species of birds and amazing marine flora and fauna.

How To Explore Europe When You’re On A Budget

A Guide To Planning A Summer Trip To Mykonos