Prague is a charming, wonderful city—but for those expecting Eastern European prices, they’re often shocked to find that prices in the city are generally more on par with prices in Western Europe. And by the time you pay to go to the top of the Old Town Hall Tower to check out the view, tour some of the city’s many breweries, pay for accommodation and food…well, you’ll definitely find your wallet a little bit lighter! But a great time in Prague doesn’t have to cost a lot of money. There are plenty of budget activities to fill your schedule. Here are five of the best free things to do in Prague during your trip:

Prague’s Old Town and the other interesting areas of Prague are easily navigable on foot, but with all of its winding streets, it can be a bit challenging to get around if you’re unfamiliar with the place. Also, it’s interesting to learn more about the history of the city, rather than just wandering aimlessly past its fascinating buildings. Sandeman’s tours of the city run on a tips basis, meaning you pay what you can, based on what you think the tour deserved. If you can’t afford to pay or don’t think the tour was all that good, it’s simple: you don’t have to pay anything. It’s a great way to get your bearings though. 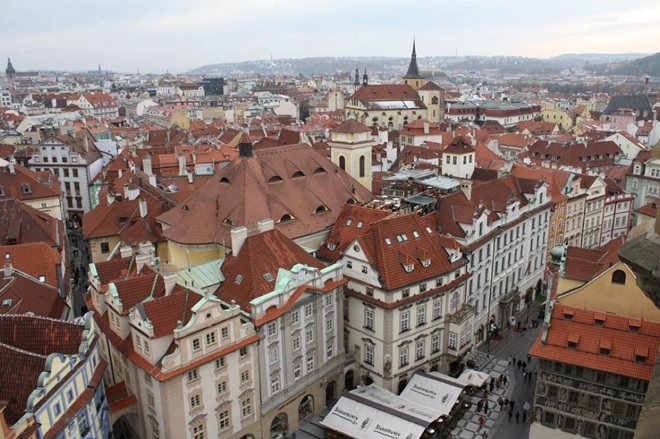 If you’ve looked at photos of Prague, you’ll probably recognize the iconic Charles Bridge. For a long time, the bridge was the only one connecting Prague Castle and the Old Town and thus received plenty of traffic. Although today, it’s been joined by other bridges over the Vlatva River, it remains a sight to see with its Baroque statues and impressive bridge towers. You’ll often find musicians, artists and street performers in the area, which makes for a lively, fun atmosphere. 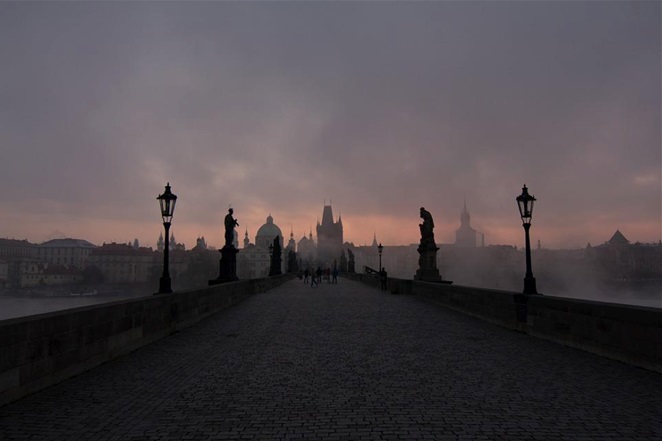 3. Marvel at the architecture of the historical buildings.

Have a wander around the grounds of Prague Castle, much of which can be visited for free. The view from the castle hill is stunning, as is St. Vitus Cathedral (which sits on the castle grounds and can also be visited for free). Don’t forget to watch the changing of the guard, which happens every hour, at the hour during the day, and you should definitely also visit the Royal Gardens on a nice day! Back in the Old Town, you can also visit the Gothic Church of Our Lady Before Tyn and the Baroque St. Nicholas’ Church for free. And don’t forget to watch the Astronomical Clock show, which happens every hour! 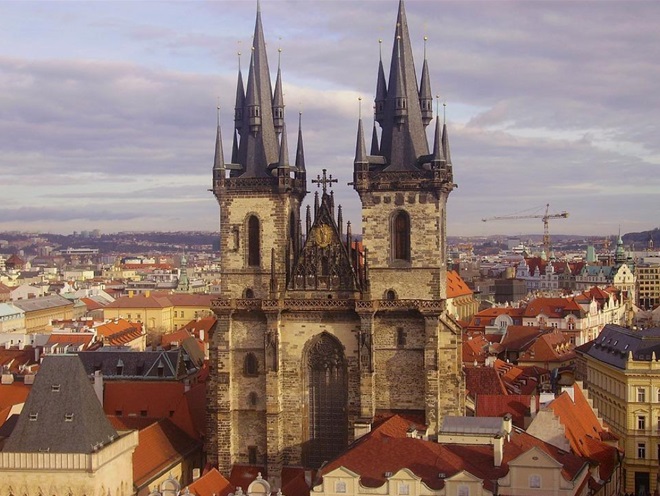 This wall is a famous graffiti spot in Prague, where an image of John Lennon was painted following his murder. It sits opposite the French Embassy and has become a site for much political graffiti over the years. Although it hasn’t always been viewed favorably by locals and you can no longer view the original Lennon image, there’s no denying that the wall has become an iconic attraction in Prague. Fun fact, though: Lennon never actually visited Prague! 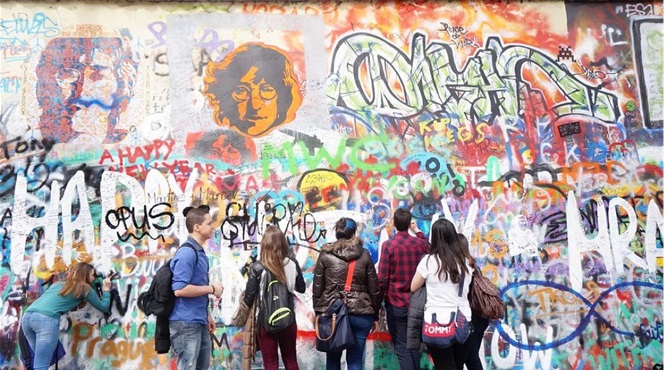 Josefov was the birthplace of Franz Kafka, but it’s also here that you’ll find many important attractions like the Old Jewish Cemetery, with its thousands of graves, and the Spanish Synagogue, among others. Unfortunately, a lot of the attractions charge entrance fees, but there’s nothing stopping you from wandering through the neighborhood (which dates all the way back to the tenth century!) and having a look at the exterior architecture. 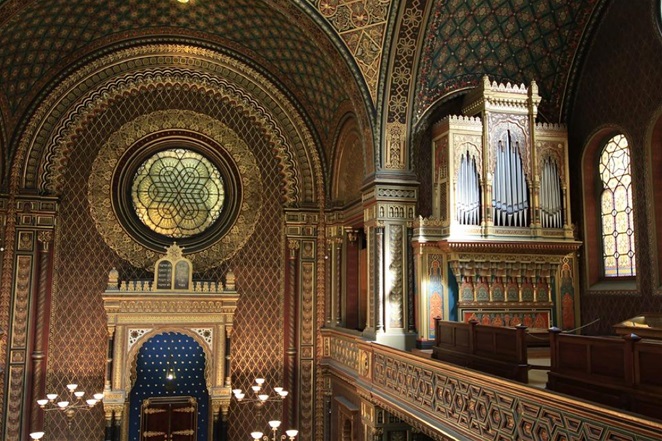 Whether before, during or after your trip, it can be fun to see what a seasoned traveler has to say about the place you’re visiting—both so you can make sure you don’t miss any of the must-see attractions, and so you can reminisce on a good trip that’s ended. Here’s what Rick Steves has to say about Prague. If you’re outside the US, just use a Virtual Private Network (VPN) to hide your location and allow you to stream shows from Hulu.

From its fairytale buildings to its tasty dishes and brews and everything in between, there’s a lot to love about Prague. And if you love it enough to want to extend your stay there, well, the last thing you want to worry about is your budget. Check out these free activities and explore the city; you’re definitely in for a treat!

Jess Signet is an avid traveler and enjoys writing about her adventures. Knowing there’s more to the world than the bubble she lives in makes her want to travel even further. Traveling is her drug, and she’s addicted. (Please, no intervention!). Check out her blog.
View all posts by Jess Signet →

Luxury Skiing in the French Alps